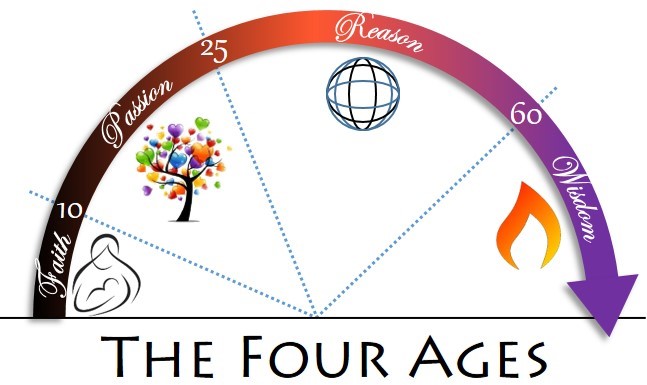 The big money in mental health research goes toward the problems and disorders that interfere with normal functioning, personal happiness, and human fulfillment. Volumes of theories, diagnostic manuals, and expensive interventions are devoted to correcting what’s wrong with us, or, if the cause is unknown, at least relieving the symptoms of our suffering.

Critics have noted that the conventional notion of a mental “disorder” is problematic in that it presupposes something (mental “order”) of which we have no clear understanding. This leaves the market open for a proliferation of so-called disorders – as many as need to be invented – and their matching medications.

The science behind the trend of reducing mental health (and health generally) to molecular biology and the pharmaceutical interventions that can fix us tends to dismiss spirituality as not only less than helpful on the matter, but as so distracted into its own crystal ball of unfounded metaphysical claims and spooky practices as to be utterly irrelevant. In the minds of many, science accomplished our liberation from spirituality, as it trained our attention on things that actually exist. As they define it, spirituality is a holdover from our benighted and superstitious past. In the verse of Alexander Pope: “God said, Let Newton be! and all was light.”

In numerous posts I have worked at correcting this widespread but erroneous characterization of spirituality. For sure, there’s a lot of metaphysical malarkey out there, and good people have fallen for it again and again. Angelic visitations, divine revelations, psychic readings, and miraculous powers are found in sacred myths, folk tales, and personal testimonies around the world, but such things shouldn’t be confused with spirituality. They are adornments of religion, not its true essence.

As a symbol system and way of life, religion might be organized around such mythical characters and events, but its primary function is in providing social structure for the expression of a deeply interior experience.

Now, it might sound as if I’m thinking of this deeply interior experience as something esoteric, in the sense of secrets kept hidden from the uninitiated and simple-minded by those who really know the truth. Typically this secret knowledge involves the translation of popular myths and symbols into a vocabulary of metaphysical abstractions protected by an occult tradition of rituals, creeds, and hierarchies of authority. Esoteric religion is thus an underground version of what’s going on at the surface of conventional society, but with the veil of ignorance purportedly removed. It’s not really a deeply interior experience at all, just another kind of religion carried on by an elite few.

What I mean by spirituality has nothing to do with supernatural realities, metaphysical realms, or secret knowledge. It is the deeply interior experience of being human: of existing, striving, and becoming fully human, more fully alive. Genuine and true religion is the structural expression of this adventure in the life of society, linking the individual ego inwardly to its own grounding mystery, across the social synapses of community life, and outwardly to the turning mystery of the universe.

In its better days, religion facilitates the progress of spirituality and our construction of meaning. At its worst, it blocks progress and even represses the creative spirit. Unfortunately, many have identified religion with its degenerate forms and historical periods of corruption, concluding that we are better off without it.

It’s this idea of spirituality as a deeply interior experience that grows, develops, and evolves over time which I will expound on here. If we think of human nature as actualizing through distinct periods, then each period corresponds to some aspect of our full capacity which is activated (or suppressed) during that stage. (In the interest of space, I won’t go into what happens when spirituality doesn’t progress and the reasons why. My reader is invited to check out other posts in this blog which delve into the hang-ups that get institutionalized in pathological religion.)

The Age of Faith

In the beginning – and I’m using that phrase for its resonance with Creation myths – we were carried in the dark waters of our mother’s womb and eventually delivered through a narrow passage into another dimension. We were vulnerable and dependent, relying on her (or her surrogates) for the satisfaction of our every need. In the nursing embrace we gained a base of security, and her supervising care instilled in us a sense of reality as resourceful and responsive – in a word, as provident.

This is also the earliest, and deepest, stage of spirituality. To some greater or lesser degree, all of us have (and continuously seek) this experience, which is named faith. It’s critically important that we distinguish such an existential faith – this open trust and absolute surrender to reality – from the catalog of beliefs that any given religion might regard as orthodox (“correct opinion”). Faith in those first days and early years of life was indeed closely associated, if not identified, with the existence of our higher (or taller) power. This may explain why existential faith, as I have described it, is frequently confused with belief in the existence of god.

What we carry with us from that primordial experience is not a set of opinions, orthodox or otherwise, but again a deep interior sense that we are supported in a provident reality. Our ability to relax, trust, release, and open up to What Is will continue to influence everything about our life going forward. Without faith we are groundless, without a sense of support, cut loose and adrift in an absurd and uncaring universe.

This isn’t something that religion itself can give, but religion will tend to translate the dominant or majority experience of its members into a more general worldview and way of life. By cultivating a community that is more grounded and intentional in its care for the very young, religion can foster the activation of faith in all its members.

My diagram suggests chronological markers that define the time periods and developmental thresholds of spirituality. This earliest stage, from prenatal life to the end of the first decade, is what I’ll call the Age of Faith. The prominent themes of spirituality here are grounding, providence, security, trust, and openness to reality.

The Age of Passion

From roughly age 10 to 25 is the second critical period of spirituality, the Age of Passion. This is when our openness to reality involves us in exploration, experimentation, and discovery. It’s also the age when the social construction of our identity undergoes significant trials and temptations. If we’re tracking along with world mythology, then this marks our Exile from the Garden of protection and infantile dependency, to the desert of self-conscious isolation and the jungle of sexual urgency. From here we might look back at what we lost and wish for it again, which is how some religions frame the challenge.

Whether it’s by a method of ego glorification or ego renunciation, the solution in either case exposes a fixation of this period on the separate center of personal identity.

Everything seems to turn around our needs and desires. In calling this period the Age of Passion, I am acknowledging the natural and very healthy way that consciousness regards all of reality as “staring at me,” as “judging me” and “making me feel” one way or another. While the word passion might have connotations of an extroverted drive for excitement, its root definition has to do with undergoing something, being “done to,” and suffering as a patient who is passive (“hold still!”) under treatment.

The Age of Reason

After 25 and until we’re about 60 years old spirituality progresses through the Age of Reason. This is typically when we are finishing our qualifications for a career and starting a serious job, finding a life partner and managing a family. By design, it is the time of Conquest and Settlement, when we take creative authority in making meaning, clarify a life purpose for ourselves, and expand our horizon of influence.

Faith and Passion continue to give us grounding and make life interesting, but it becomes increasingly important that our place in the greater scheme of things is relevant and contributes value to the system(s) in which we belong. This is the time in our development when, in the interest of intellectual integrity and rational meaning, many of us step out of organized religion to work out for ourselves a personal philosophy of life.

Religions don’t help when they intimidate us and condemn our quest for relevance as jeopardizing our place in the community or, worse still, in heaven after we die.

But the logical coherence, theoretical integrity, and practical application of meaning is not at all the acid or opposite of a passionate faith – although it does have exactly this effect on a belief system (orthodoxy) based in outdated models of reality and antiquated moral standards. Any belief system that is not rational, reality-oriented, and relevant to our times should either be reinterpreted, remodeled, or set aside.

The Age of Wisdom

There comes a time, however, when our most cherished constructs of identity and meaning need to open, like parting veils, to the present mystery of reality. In other posts I have characterized this threshold between the Age of Reason and the Age of Wisdom as bringing about an Apocalypse – a collapse of our world, a burning away of the canopy we had erected over ourselves for security, orientation, and significance.

The timing of our disillusionment with the years when we are starting to disengage from the consensus trance of school, career, parenting, and managing a household is probably no accident. Just as the carousel is winding down, our inner spirit is ready to drop out.

By ‘dropping out’ I really mean dropping in – out of the illusion of our separate existence and deeper into the present mystery of reality, into the Real Presence of mystery. Wisdom is not a function of accumulating knowledge, but is rather the breakthrough realization that nothing is separate from everything else, that All is One, and that We’re All in This Together. Oneness is not a matter of intellectually comprehending the totality of all facts, but of intuitively understanding that facts and thoughts, self and universe, the grounding mystery within us and the turning mystery all around us, are one reality.

Welcome to the Age of Wisdom.

One thought on “The Four Ages of Life”