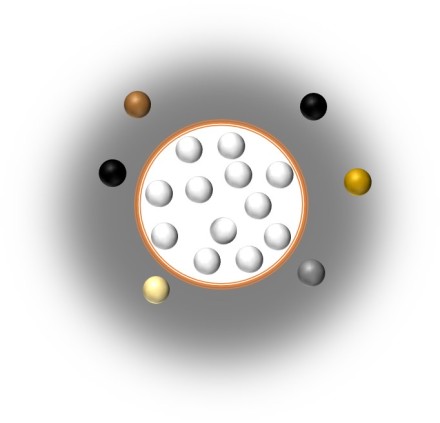 Christianity has become a protected membership, where insiders are separated from outsiders by a wall of orthodox beliefs and moral judgments. In this post I will argue that membership is always about purity, separation, and exclusion.

Purity may not be about ritual or dietary restrictions in most cases; at least this is generally true of Christian memberships. But insiders consistently regard themselves as more pure (what used to be called righteous) and in possession of the revealed (uncontaminated) truth upon which their salvation (and everyone else’s) depends.

In order to achieve and preserve purity, insiders see the need to separate themselves from the rest of the world, especially from “sinners and unbelievers.” These are necessarily excluded – perhaps welcomed as visitors, but soon enough urged to confess their sins, adopt the orthodoxy, join the church, and recite the creed.

For the most part, Christian insiders have the assurance of being saved from damnation (the fate of the rest of the world) by their belief in Jesus as one who took away their sins, bore their deserved punishment on his cross by dying in their place, and thereby satisfied the conditions against their forgiveness.

Christianity as a protected membership goes back to the early centuries when the mixture of world cultures under Roman rule was making imperial unification all but impossible. At first, Roman emperors tried to subjugate or exterminate their motley population of immigrants, which included a messianic movement that took its inspiration from a crucified rebel leader who had wandered the countryside with a message of human liberation by the spirit of God.

Jesus’ followers carried on with his refusal to obey traditions, institutions, and authorities that oppressed and exploited the human spirit. State persecution of this Jesus movement only managed to push it underground, however, where its antiestablishmentarian philosophy continued to spread.

With Constantine (272-337 CE) came a different tactic. Rather than trying to uproot and destroy the Christians, he enticed them into becoming a protected membership. His council at Nicaea in 325 was convened for the purpose of motivating church leaders to define their religion, agree on what Christians should believe, and enforce this orthodoxy across his empire.

By converting the Jesus movement into a religious institution, Constantine was able to bring it under control and on his side. Ever since then, Christianity has preferred to sidle up to thrones, parliaments, and political parties.

Back in the middle of the first century, before Constantine’s solution and just as Roman persecution of Christians was getting started, the apostle Paul had been busy planting Christian communities throughout Greece and Asia Minor. Even that early, the movement was trying to find a balance between the itinerant values of Jesus and the more settled life in towns and cities. Paul himself seems to have struggled somewhat with the tension of perfect freedom and proper order in the communities he helped to establish, presaging a dynamic that Constantine would later turn in his favor.

In the Christianity of Paul and Paul’s line (particularly the authors of Colossians and Ephesians) a provocative trinitarian confession was circulating. Paul himself testified to having undergone a religious conversion of sorts, when, on his way to arrest some Christians in Damascus, he was suddenly seized by a vision of blinding light and a voice claiming to be that of “Jesus, whom you are persecuting” (Acts 9:5).

Later Paul would describe the experience as the moment he died to what he had been, to become a bearer of the living spirit of Jesus. “I have been crucified with Christ; and it is no longer I who live, but it is Christ who lives in me” (Galatians 2:20).

Paul extended this transforming experience of “Christ in me” into a new concept of the Jesus community as the “body of Christ.” Christ wasn’t the last name of Jesus but a Hebrew term (mashiach) meaning “anointed one,” similar in many ways to the Eastern idea of buddha or “awakened one.” We can think of this as a spiritual principle that impels the transcendence of ego into unity consciousness and the liberated life. Jesus the Christ and Gautama the Buddha are honored as individuals in whom a new, higher humanity was revealed and released in the world.

In Paul’s understanding, Jesus became the Christ in being filled and lifted up (resurrected) by the spirit of God (see Romans 1:4). This same spirit is what came to life in Paul himself, as well as in everyone who undergoes the death-and-resurrection (ego transcending) experience. All together, they now live in the world as the corporate body of Christ, sharing its joy and bringing liberation to those still held captive by fear – just as Jesus the Christ had done.

Disciples of Paul completed the trinitarian confession by taking his “Christ in me” and “body of Christ” metaphors and adding a cosmic dimension:

[Christ] is the image of the invisible God, the firstborn of all creation; for in him all things in heaven and on earth were created, things visible and invisible, whether thrones or dominions or rulers or powers – all things have been created through him and for him. He himself is before all things, and in him all things hold together. (Colossians 1:15-17)

Rather than taking this as a confirmation of the (much later) orthodox doctrines of Jesus’ divinity and the divine Trinity, we need to appreciate the vision in its full scope. Christ (the transforming principle of higher wholeness) is not only at work in the individual Christian and present in the Christian community, but fills the entire frame of the cosmos itself.

That is to say, nothing is excluded.

If we look for the roots of this universalist vision, we will find them in the life and teachings of Jesus himself. Without the filter of subsequent tradition, theological commentary, and church dogma, Jesus’ life and message can be understood as centered in one thing, to which he gave the metaphorical name kingdom – reign, or even better, reality – of God. For him this reality has no inside or outside, but is a mystery that includes everyone.

For that reason we can summarize the life and teachings of Jesus as focused on radical inclusion.

This helps explain why Jesus was so critical of human traditions, human institutions, and orthodoxies that enshrine human convictions about mysteries we really don’t understand or haven’t experienced. His message of unconditional forgiveness – letting go of vengeance, surrendering the need to get even, and responding to the enemy with lovingkindness – removes the walls separating insiders from outsiders, the righteous from the rest.

What does the vision of radical inclusion have to say to protected memberships, like what Christianity has largely become today? A good question to ask ourselves is, “Would Jesus join a church?”