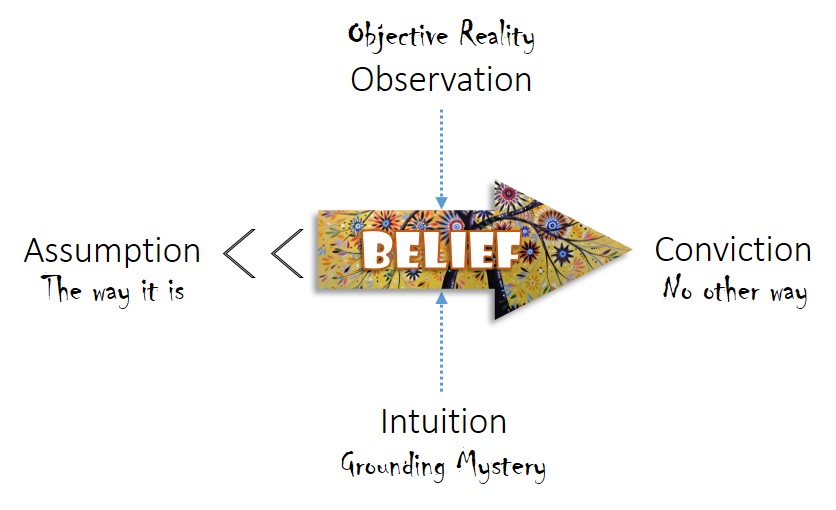 Other animals will engage in violent conflict with members of their own species over territory, resources, access to mates, and protecting their young, but only humans kill each other over ideas. We will go so far as to commit suicide in the act of destroying those who don’t agree with us or whose values are different from ours. This is a prime example of how ideology overrides biology, how human culture imperils human nature, how meaning can destroy life.

Because a lot of this damage is committed in the name of a god or metaphysical principle opposed to the way things are going, it is fashionable for critics to lay the responsibility on religion. Instead of regarding fanatics and fundamentalists as aberrations of religious thought and values, such critics see them as representing the pathology that is religion.

An obligation to believe in things that don’t exist or can’t be proved, things that violate rules of logic and fly in the face of common sense, takes over the intelligence of believers and drives them to extreme behavior. This is what religion does, what it is designed to do – so the critics argue.

Joseph Campbell famously defined mythology as “other people’s religion,” exposing a built-in preference for regarding one’s own sacred stories as firmly established in reality whereas other people only believe in myths (i.e., fantasies, fallacies, and superstitions). Campbell himself didn’t agree with this bias but regarded everyone’s sacred stories as constructions of meaning. As such, they draw on both our experience of what’s around us (represented in our cosmology or model of the universe) as well as the inner workings of our own deeper nature (included in what I name the grounding mystery).

By weaving together narrative strands of observation and intuition, religion tells stories that orient us in reality and make life meaningful. But as it happens, the beliefs we hold and the stories we tell can fall out of sync with the living stream of life. This is indeed how fundamentalism finds a foothold: the stories that used to orient us meaningfully in reality are no longer relevant to the challenges of contemporary life – but we continue to defend them as the way it is.

Most of our beliefs, along with the stories that contextualize them, serve our meaningful engagement with reality. But a vast majority of them are eventually dropped or updated with the acquisition of better data.

With time and repeated confirmation, however, a consciously held belief gradually slips from active thought and into the subconscious operating system of our mind. We may never have bothered to test it against our sense observations and subjective intuitions of reality, but it takes its place anyway as an unacknowledged assumption concerning the way things are.

A once-active belief sinks away from our perspective at the surface and joins the sediment of unquestioned truths, screening out new data and selecting for data that confirms it.

A problem with this, of course, is the fact that life is a moving stream, the times do indeed change, and – what most of us fail to realize – our constructions of meaning begin to fall out of date the moment we lock them in place and start viewing reality through their lens.

A regular meditation practice would assist our disillusionment by exposing the constructed nature of our beliefs and tuning awareness to the present mystery of reality. But the majority of us don’t have the time or patience for it. The consequence is that, as beliefs sink down and behind us to become our subconscious operating system, we are less and less attentive to objective evidence and inner realizations that might otherwise bring us back into the current.

So, the longer we carry on under the spell of an assumption – and it does put our mind in a kind of trance of automatic (i.e., hypnotized) thinking – the less open to present reality and the more emotionally obligated to its truth we become. If its truth happens to be challenged, whether by the presentation of strong counter-evidence, the sound reasoning of a worthy counter-argument, or just by someone innocently asking why it has to be true, we find ourselves behind bars and unable to give an articulate defense. What do we do then?

We may pick up the volume and try to overwhelm our challenger by the force of our passion. We might try to justify our belief by saying something like, “It’s just obvious. I mean, look around.” We might criticize our opponent (notice how quickly a challenger becomes an opponent, and then an enemy) as lacking intelligence, virtue, honor, or faith.

Or we might throw a line outside the realm of reason, evidence, and common sense, invoking a transcendent authority like god who is presently unavailable for comment, but you can consult his holy book for the proof-text you need.

When our mind has become a convict of our own beliefs, we are said to have conviction. The thicker and more rigid the bars, the more adamant and defensive we get, unwilling to even consider the possibility that we might be wrong or holding on to a belief that’s no longer relevant. The way it is, according to our unquestioned assumptions, gets defended, when they are dragged into the light, as the only way it can be. There is no other way. Too much depends on the truth of our conviction, that even reality can be damned and dismissed for its sake.

This is how fundamentalism takes hold. What is meant by fundamentalism goes beyond religion only, therefore, to include any and all ideological systems, most importantly the ideology in our own heads. It doesn’t have to be religious in any formal sense. To the extent that our mind is closed inside convictions which motivate our separation from and violence against other views and ways of life, we are fundamentalists.

We might not strap a bomb to our chest and take innocent lives on our way out, but insisting on ours as the only way is aborting the possibility of dialogue and foreclosing on the future of genuine community. The wisdom principle here is that liberation from fundamentalism begins in our own mind.

If we’re not careful, we just may end up dead certain.